restaurant & shop name “Medatashi” is old Japanese. It is also used in old Japanese literature such as Makura no soshi and Heike Monogatari. Basically, it means to love someone/something very much. “Wonderful” “Stunning” “Great” “Glad” “Celebrate” And so on.

At “Medashi”, the chef loves to tailor the ingredients carefully grown and harvested by the producer.
Then, along with the sake brewed carefully by the sake brewery, it is placed on plates made by the artist and served.

We are really surrounded by many things now. It’s too efficient to get it, and it’s common to think of it, but if we look and listen to each and every one of them, we will find that they are precious and special. I feel that “loving” means recognizing each things individuality and complimenting their wonderfulness.

Only the things that come from someone’s thoughts and actions can be found in the our place.

We hope that guests who eat and drink them will have a time to love themselves.

Born in 1987, from Aichi prefecture.
His parents’ house manages several fresh fish stores. He was also involved in the business of his parents’ house and learned practically how to fish, how to handle fish, and cooking methods. He says that he loved cooking when he was little.
In 2011, together with his elder brother Shinya, opened a restaurant called “Goden-ya” in Oshiage, Sumida-ku, and started a full-scale cooking journey. He learned how to cook ODEN and French food by himself. In 2013, “Godenya” moved to Kyoshima, Sumida-ku, and became a hot topic in the marriage of sake and food, which was still rare at that time, and was featured on TV and magazines. In 2015, they moved to Hong Kong and opened “GODENYA Hong Kong” to promote the goal of “making sake into the world’s food drink”.
Course dishes that incorporate elements such as Japanese, French and Cantonese cuisine, the style of pairing one type of sake for each plate by changing the temperature, warming method and vessel, attracted much attention in Hong Kong. Opening for 3 months It has become the best 15 restaurant in the famous media in Hong Kong, and has become a popular store that cannot be booked for several months. After returning to Japan at the end of 2016, he worked as a chef for the beer bar “sansa” in Akasaka, where he worked on a pairing course for craft beer. 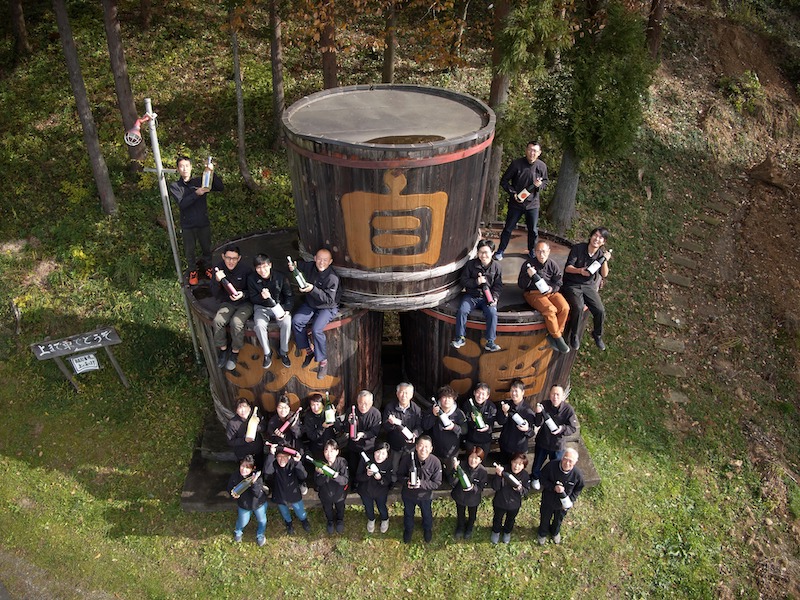 With the mission of “becoming a sake brewery that protects rice fields in Japan,” they achieved 100% junmai brewing & 100% Shizen-mai rice(non-fertilization / pesticide-free rice) usage rate in 2010, and 100% natural Shubo in 2013.
They are engaged in a wide range of activities regardless of brewing, such as holding “rice paddies” to protect rice fields in Japan and developing amazake and original sweets products that fully utilize the power of natural rice and fermentation.
In order to protect the water prepared from the company’s premises, they are also working on the management of their 100ha mountain. Actually, the counters and tables of “Medashi” are pine trees felled from the Niida Honke’s mountain. Niita Honke has been making various efforts for the whole region over 100 years future. They are currently working on how to make a wooden barrel with its own cedar and brew sake with that wooden barrel. We will keep an eye on it in the future. 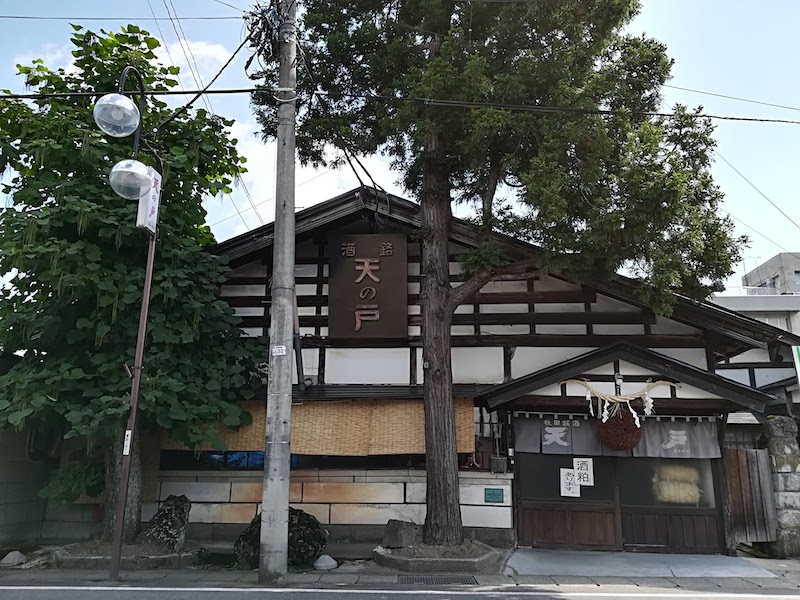 Asamai sake brewery is located in the middle of the Yokote Basin, in the south of Akita Prefecture. Water from the Minase and Naruse rivers, which originated in the Ou Mountains, pour in and springs are created here and there. The brewing water “Biwanuma Kansen” is one such spring. With the motto, “Sake is born from rice fields,” they have been cultivating rice in the rice fields within 5 kilometers of the brewery since 2011, and only Junmai is prepared. They use only rice from the farmers of the JA Akita Furusato-Hiraka-cho Sake Rice Study Group, which makes the blessings of light, wind and water into the crystal of sake rice.
The style of working in the rice fields in the summer in the rice field and working in the brewery in the winter in the brewery is expressed by the term “Natsuta Fuyuzo”, and the person who embodied it himself was Koichi Moriya. Many people have been influenced by the attitude that rice is regarded as “rice seed” and that sake is cherished with great care. They have been learning the know-how of black koji and white koji from the interaction with Omure Toji of Taikai brewery, a Shochu brewery in Kagoshima, and brewing sake that makes full use of their individuality. Asamai sake brewery is a sake brewery with an inquisitive spirit of inquiry.